About the Collector: The Brian Flota Comic Book Collection

This is the second in a series of posts about our newest accession, the Brian Flota Comic Book Collection. Read about our first steps in processing the collection here. Dr. Brian Flota is the English Liaison Librarian here at JMU Libraries, and he previously worked as a rare book cataloger at the University of Illinois at Urbana-Champaign. He received his MS in Library and Information Sciences from the University of Illinois at Urbana-Champaign, his Ph.D. in American Literature from The George Washington University, and his B.A. in English from the University of California, Riverside. He is also the co-editor of The Politics of Post-9/11 Music, published by Ashgate in 2011. We asked Brian how he got started collecting and this is what he had to say: “As a child of the mid-1970s, comic books ended up in my possession through mysterious means in the first several years of my life. When I was seven, around 1983, my dad gave me probably 100 old comic books. 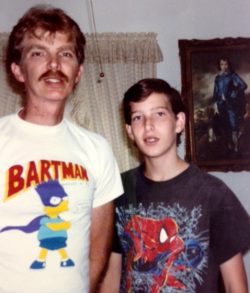 I kept them in various places the way kids normally would, like an old toy trunk, thrown in there with little attention to keeping them in good shape. However, I didn’t become interested in comic book collecting as a hobby until I was eleven years old (1987). 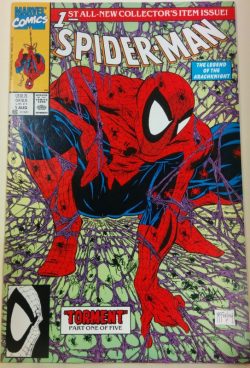 Realizing that I had some cool older comics to start with (including a nice run of The Brave and the Bold, a DC Comics series that featured team-ups of notable DC superheroes like Superman, Batman, and The Flash), I began collecting them whenever I could, usually spending my allowance money on them. 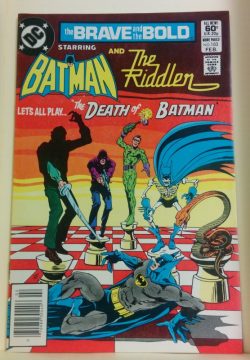 The Brave and the Bold, February 1982

I collected vigorously until about 1993, when I became more interested in collecting vinyl records and CDs. By the time I really ceased collecting comics, I’d say around 1998, I had over 2,700 individual back issues.” Brian’s first comic was an old issue of Justice League of America. According to Brian, “That first comic might not literally be the first comic I ever owned, but it was the first I remembered keeping (for some reason or another) from before my father gave me that big batch of comic books when I was seven.” 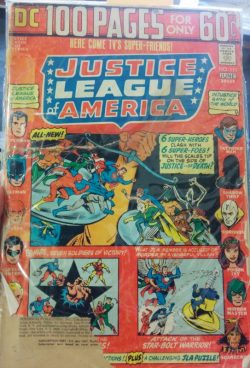 Brian wrote title and issue details on the cardboard backing that came with each comic and he periodically noted the value over the years. We kept a sampling of these cards to show how Brian kept and cared for his collection.

The sentimental value for that first comic dropped dramatically in the 90s!

Up next: In our next post we’ll look at some of the interesting titles in the collection and check in on processing.