GEOLOGY (noun) ge-ol-o-gy: the science that deals with the Earth’s physical structure and substance, its history, and the processes that act on it.

In other words: the study of the Earth.

Why is Geology an important science? We live on the Earth. Kind of a big deal.

The JMU Geology Club’s mission is to promote the study of the Earth, reach out to local education programs, and organize social activities. The Club welcomes anyone with a natural curiosity for the Earth and a desire to reach out in our local community.

For the month of January, the Rose Library display case will showcase several unique rocks from the Geology Club’s personal collection along with interesting facts about geology in the local area (did you know there is a volcano right in Harrisonburg?). Make sure to stop by and “rock” out! 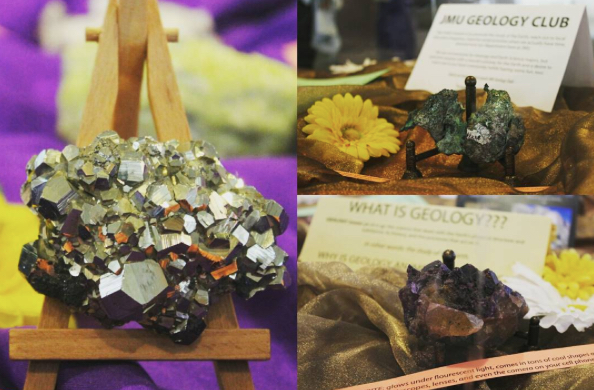