You can check out Bob Dylan’s music and literature, as well as books and videos about Dylan, from JMU Libraries. 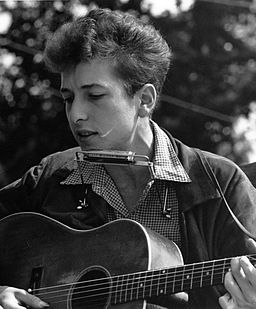 (Photo by Rowland Scherman on assignment from The US Information Agency, 1963; found in the Wikimedia Commons.)