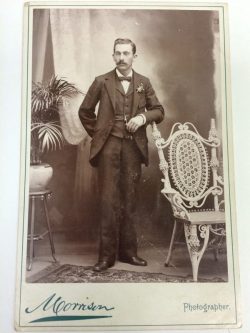 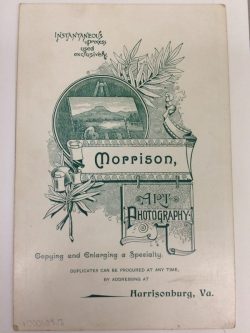 Hugh Starke’s account book spans the years 1871-1876 and is significant to the history of the Central Shenandoah Valley as it documents the business transactions and expenses of Hugh Starke Morrison’s photography studio in Harrisonburg. It contains patrons’ names, their locations (including Lacy Spring, Cross Keys, Ottobine, Dayton, and New Market), services rendered, and cost. It records Hugh Starke’s business, or “gallery,” expenses (frames, glass, freight) as well as his household expenses (“shoes for Susan $1.50). But it is a draft letter, found at the end of the ledger, that provides insight into Hugh Starke’s newest endeavor – that of fatherhood.

Near the back of Morrison’s account book is a draft letter to a Mr. Charles G. Allen dated April 30, 1872. Hugh Starke writes: “I have been wide awake and duly sober and in the active pursuit of my Photographic occupation, enjoying the generous and remunerating patronage of the citizens of all ages sexes and creeds and colors of the little Burg & vicinity. I have been married since 66 and am proud of a hiarty [sic] little male heir who I hope will soon be able to assist me in making impressions of our good Patrons.” 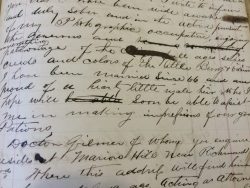 Hugh Starke’s “little male heir,” Hugh Morrison Jr., was born September 10, 1871. Hugh Jr. was a mere seven months old when his father wrote that letter hoping his son would take up the family trade. And as fate would have it, Hugh Morrison Jr. would go on to become a prolific photographer in his own right. He began his career as an itinerant photographer and went on two open studios in Woodstock and Strasburg. 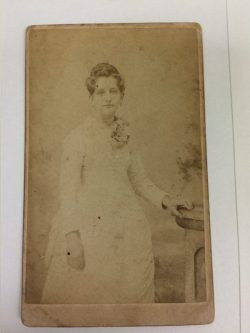 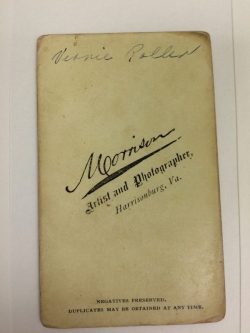 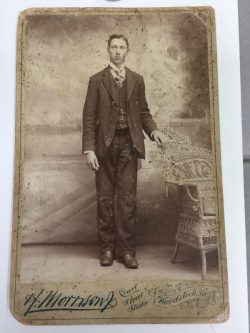 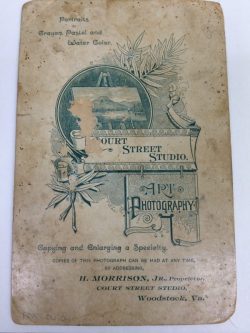