Our Town: The Founding and Future of Downtown Harrisonburg

The traditional pattern of growth changed dramatically during the mid-twentieth century. Younger and increasingly affluent families moved from established city neighborhoods to newer suburban neighborhoods. In pursuit of customers and cheaper land, stores and businesses began making a similar shift to suburban areas. Drained of its people and commerce, the Amerian downtown faced dire challenges. Changes like these were neither sudden nor uniform across America. Due in part to its relatively small population, Harrisonburg did not experience the same degree of suburban sprawl as larger cities. Nonetheless, the effects of the pos-War expansion are visible in Harrisonburg. What was downtown Harrisonburg like when it was first founded, and how has it changed over time? “Our Town” explores these questions using historical documents found in JMU Libraries Special Collections. This exhibit is located on the historic side of the second floor and is open the same time as Carrier Library’s hours. For further questions or inquiries, contact library-special@jmu.edu 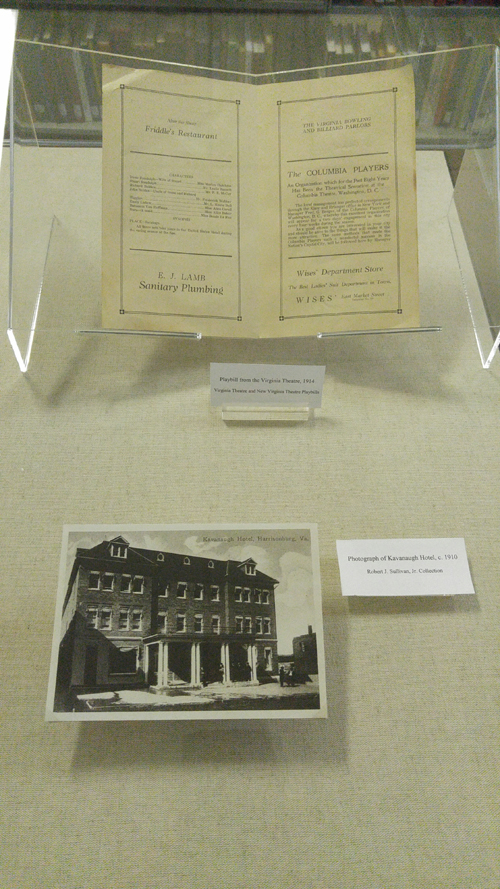