Please Don’t Vanish Without a Trace 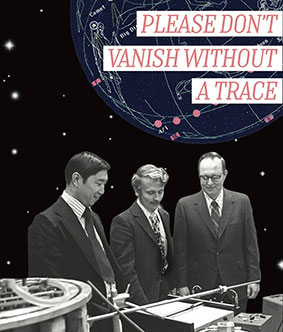 Upon retiring after more than three decades as a full-time JMU faculty member, Dr. William H. Ingham (Professor Emeritus of Physics and Astronomy) donated his professional papers to JMU Special Collections in October 2013. The processed collection, Special Collections’ largest manuscript collection to date at over 95 boxes and more than 31 cubic feet, contributes greatly to the intellectual history of James Madison University.

Our November 9 Special Collections Speaker Series lecture will feature Dr. Ingham, who will discuss the process of placing his papers in Special Collections. More importantly, Dr. Ingham will bring to light the advantages of donating an entire professional life’s worth of material. As he says, “To thoroughly research the history of James Madison University and tell its story, institutional historians need access to information that is only available through papers donated by JMU faculty members.”

About the speaker: William Herbert Ingham, a distinguished member of the James Madison University physics faculty for over three decades, received his S.B. (Scientiae Baccalaureus) in physics from Massachusetts Institute of Technology (MIT) in 1968 and went on to complete his M.S. in astronomy from California Institute of Technology (Caltech) in 1969. Ingham returned to MIT and received his Ph.D. in astrophysics in 1976. Dr. Ingham began teaching at JMU in September 1976 and remained a member of the physics faculty until his retirement in July 2010.

During his tenure at JMU, Dr. Ingham served as head of the Physics Department from 1986 to 1989 and also served in an acting role as Associate Dean/Acting Dean, Letters and Sciences (1989-1990) and Assistant Vice President for Academic Affairs (1990-1991). Dr. Ingham’s accomplishments related to furthering the science curriculum are numerous. He taught over thirty discrete physics courses as well as courses in many other disciplines such as chemistry and math and championed a new computational science concentration. He also developed and taught four offerings of an introductory fluid mechanics course beginning the 1980-1980 academic year. In partnership with the History Department, Dr. Ingham was instrumental in creating the history of science curriculum first offered in the 1992-1993 academic year.

Dr. Ingham was an advocate for the physics department during university restructuring in the mid-1990s and was also an influential and involved faculty member beyond the physics department and beyond JMU. He served on the Faculty Handbook Task Force which was charged with editing the faculty handbook. This included editing and revising the expectations, rights and responsibilities of the faculty, and outlining the relationship between faculty members and the university. He also served on the Faculty Senate. Dr. Ingham was awarded the Distinguished Teaching Award for the College of Sciences and Mathematics for academic year 2002/2003. Recommended by the Council for International Exchange of Students (CIES) for a Lecturing/Research award under the 2004-2005 J. William Fulbright Foreign Scholarship Program. He was awarded a grant and subsequently spent the fall semester 2004 teaching physics and conducting research at Acadia University in Nova Scotia, Canada as a faculty-in-residence.

Since retirement in 2010, Dr. Ingham has remained active in the JMU community as a member of the Faculty Emeriti Association and continues to lecture on topics relating to black holes and gravitational waves.