In 2015 and 2016, Brian Flota of JMU Libraries donated over 10,000 comic books to JMU. These are housed in Special Collections–the arm of the Libraries that restores and handles the most rare, fragile, and valuable items.

Since then, Flota has worked with Kate Morris in Special Collections and Professor Mollie Godfrey of the English Department to specifically develop the Libraries’ collection of vintage Black comic books, including those featuring Black superheroes and those created by Black authors and publishers. These are now being used in several different JMU classes to learn about Black representation in comics.

Q: Tell us about your comic book collection.

A: When I was a teenager, back in the late 80s early 90s, I spent all of my allowance on comic books. I had at one point about 2,700 of them. By the time I donated them to JMU, I had about 1,900 of them left after selling some and donating about 500 of them to my undergraduate alma mater, the University of California, Riverside.

At the end of that year, my father passed away. He had a much larger comic book collection, you know, because he was an adult…with a salary and all that stuff. And he had about 8,000 comic books, and so then I donated those. So there’s a total of about 10,000 comic books that are called the Bradley and Brian Flota Comic Book Collections in Special Collections.

Q: What made you decide to donate your collection to the Libraries?

A: I figured some scholars might be interested in them. Libraries mostly have graphic novels that are more sturdy and easy to check out. You can’t really check out the floppy comic books because they would just be damaged immediately. Almost as soon as I made the donation, a lot of faculty reached out to me. I realized at that point that I didn’t know a ton about the scholarly landscape of comics, so I started reading up on that quite a bit.

Q: How were you involved in expanding JMU’s collection of vintage Black comic books? 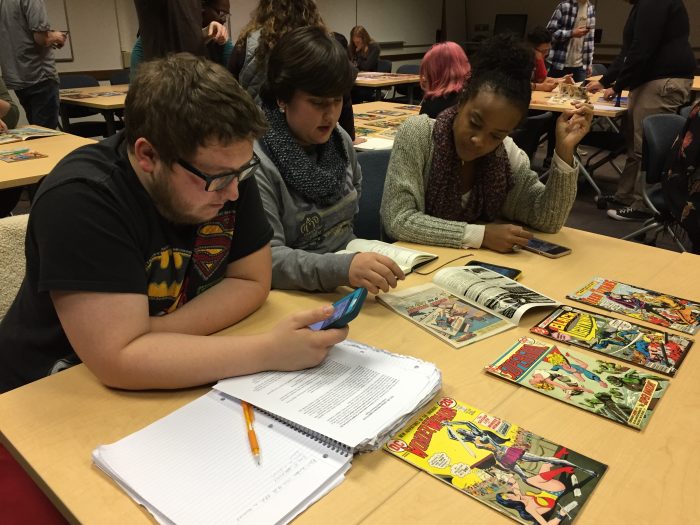 A: That project related to some work I had been doing with Special Collections and with a couple of faculty members in the English department. Professor Mollie Godfrey was interested in putting together this African American Graphic Novels course and suggested that we apply for the Provost’s Faculty Diversity Curriculum grant in about 2017. We used that $3,000 grant to get notable single-issue comics for the Black comic books collection. We were looking for books by Black comic creators (pencillers, inkers, writers, and publishers) and/or Black comic book characters or historical figures. I had some stuff like that, but not a ton. So with the money we got, we purchased like some of the big ticket items–the first appearance of Black Panther (Fantastic Four  #52). We got the first appearance of Falcon, Captain America #117. We got the first appearance of Luke Cage, which is Hero for Hire #1. And then we tried to buy runs from Milestone Comics, an important Black comic book company from the 90s.  The next year, we received another grant (an IDEA grant) which included Kate Morris. We received $4,000 from that so we could get even more Black comics.

Q: Is this collection unique?

A: There are only, to my knowledge, two other academic library special collections that specifically focus on Black comics (Harvard University’s “Black Hero Comics Collection” and Tulane University’s “Comics and Graphic Novels Collection”), so this is important work. The thing is, a lot of libraries have a lot of these comics, it’s just that they haven’t focused on highlighting that particular grouping of comics.

Q: How many comics are in the Black comic book collection?

A: If you count the Flota collection and the comics we’ve purchased with grants, we have over 1,500 comics in JMU Special Collections’ Black comic book collection. 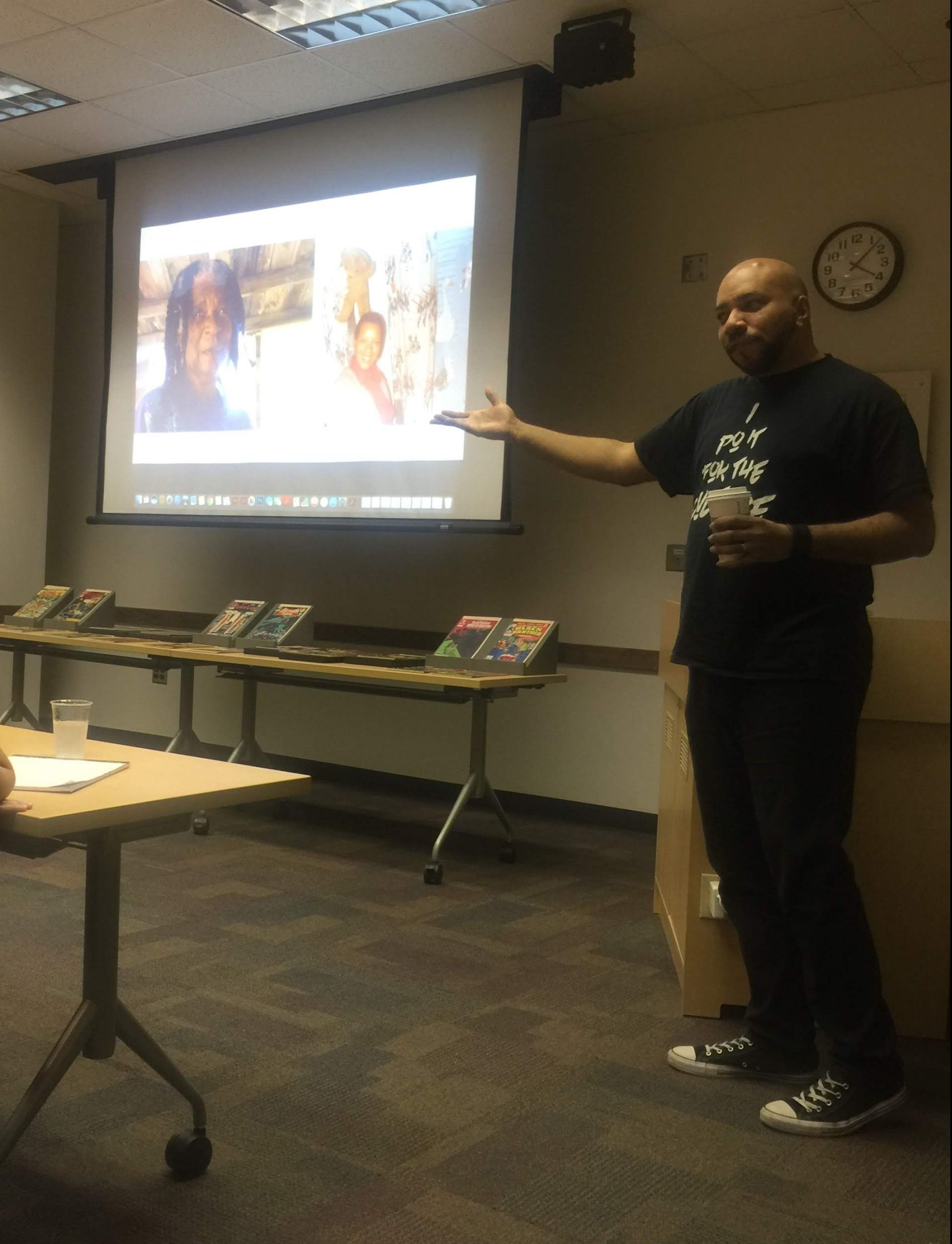 Q: Why is this collection so important?

A: Like so many things in our culture, the comic book industry has traditionally been a white dominated space. Prior to Black Panther, there were only a few Black comic book characters that were heroes–that weren’t just stereotypes–such as the Western character Lobo and Gabriel Jones from the Sgt. Fury comics. And there were a handful of Black comics creators, but not a ton, and they worked sparingly. The early notable characters–Black Panther, Falcon, Luke Cage, Black Lightning–were all created by white comic book creators. So even those characters have this baggage with them. It was only in the 1990s and 2000s where Black comics creators started to take these characters and kind of revise them. So, being able to chart that lineage and growth over time through our Special Collections is something that is sorely needed for researchers.

Q: Why do these need to be the originals? Why not reprints?

A: The reason why you would want to collect single issue comics rather than graphic novels, other than for the experience of looking at them, is that single issue comics often have advertisements, letters to the editor, and things like that that never make it into a graphic novel reprints. That’s just never going to be reprinted anywhere. So like if you’re looking at Luke Cage or Black Panther comics, they’re showing all the same ads that were in all the other comic books white characters–like “Take these supplements to make yourself buff”–and it’s always white guys, right? So those things can be really interesting to look at from a cultural studies perspective. It is also valuable to appreciate the way the comics’ original readers experienced these stories.

Q: What else do you want people to know?

A: We’re always open to accepting donations. The thing is–it’s weird–it’s a lot easier to acquire “special” comics because they have big bucks attached to them, so people are looking to sell them. The books that are harder to get are the ones that are not notable issues. A lot of people don’t sell them if they don’t have a lot of monetary value, even if they have academic or cultural value. So as a result, some can be hard to find. So comics by Black authors and Black publishers–those are the kinds of things that would be nice to get through donation. [Visit the Gift Policy page to learn more about donating to JMU Libraries’ Special Collections.]